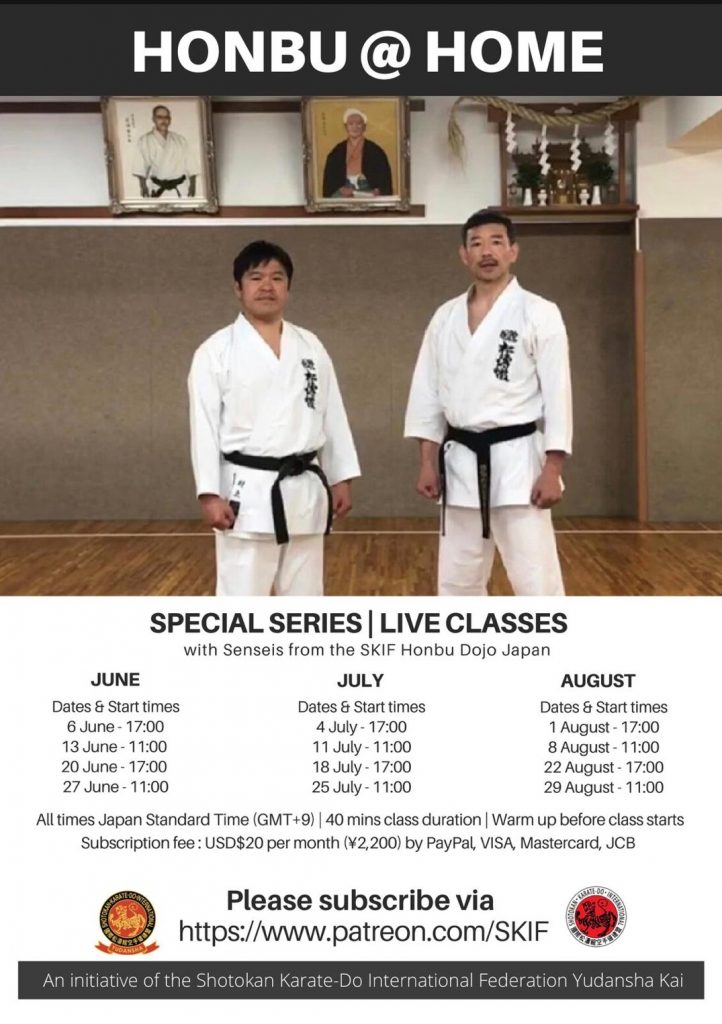 SKIF HQ have announced the creation of new live streaming karate classes for students at home during lockdown in their respective countries. Lessons feature Kancho Nobuaki Kanazawa and Shihan Shuseki Murakami as well as other instructors from Honbu in Japan! For more information please visit www.patreon.com/SKIF

Inline with government instructions, all classes at Tokushinkai have been suspended until further notice. Wishing you all stay safe and healthy during these troubling times. Don’t forget that the you only need a space no bigger than the width of your stance to practice, so continue your training at home whenever you can. It is good not only for your physical health, but your mental well-being as well.

Another year of hard won medals at the SKKIF National Championships for Sensei Chris Gillies!

Held on Saturday 7 June at Windsor, Tokushinkai’s Sensei Gillies lost only one bout during the entire competition to finish 1st in Men’s Team Kumite (with Oganna Iwunze and Peter Hawdio from Kobukan and Zanshin respectively) and 2nd in Men’s 20yrs+ Dan Grade Kumite!

Congratulations on another successful year from all at Tokushinkai – oss!

Held on Saturday 8 June at Kodokai dojo, Sensei Gillies fought through a long day to the finals of the Men’s Dan Grade Kumite (20+ yr / –75kg). Later this month he will enter the SKIF Belgium 25th Anniversary competition with Kancho Kanazawa and Sensei Murakami presiding – Tokushinkai wishes Sensei Gillies all the best of luck!

In April 2012 Sensei Chris Gillies returned to Japan for a period of 3 weeks to train at Honbu Dojo in Tokyo, and enjoyed many hours of training with Kancho Kanazawa and other honbu dojo instructors.

At the end of his trip, Sensei Gillies was invited to take his Godan (5th Dan) examination by Kancho Kanazawa and successfully achieved the grade.

The trip proved once again to be very fulfilling experience!  Now back in the UK, Sensei Gillies has once again resumed teaching at Tokushinkai and classes have resumed on their normal schedule.

Please be aware that whilst Sensei Chris Gillies is in Japan, there will be no training at the Open University on the following dates:

Classes have now commenced at the Open University in Milton Keynes. Whether you’re already training in karate or interested in trying for the first time, why not pop along to a class.

Classes are held every Wednesday from 6:00pm until 7:30pm. 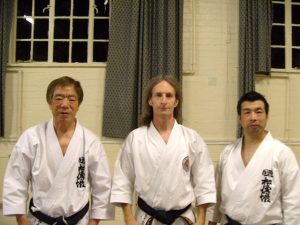 Kancho Kanazawa and Sensei Ryusho Suzuki will be visiting the UK in May 2011 to hold classes exclusively for SKKIF license holders; see below for details for when are where the sessions will be held.