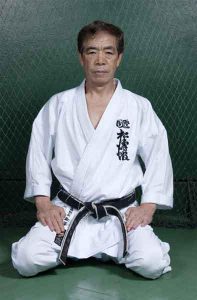 The late Soke Hirokazu Kanazawa (1931-2019), 10th dan, is one of the world’s most renowned and respected traditional karate masters to have ever lived. He won the notorious ‘All Japan Karate Championship’ Kumite championship in 1957 and in 1958 won the Kata and Kumite Titles. On one occasion he won the finals whilst nursing a broken wrist from an earlier event.

Although trained in Judo in his early years, Soke (宗家, meaning headmaster or grandmaster) Kanazawa took up karate whilst at University under the late headmaster of the Shotokan style Matsatoshi Nakayama (10th Dan). Soke Kanazawa was one of the few remaining karateka privileged to have studied under Master Gichin Funakoshi, the famous Okinawan schoolteacher who brought karate to mainland Japan from Okinawa and founded the Shotokan style.

Soke’s lifelong dedication to teaching, promoting and developing the Shotokan style led to him becoming one of the most respected martial artists and karate-do instructors in history. Unlike many Karate instructors, he was awarded his title of Hanshi (10th Dan) by the Kokusai Budoin (International Martial Arts Federation), the oldest continuously operating Japanese organization promoting international Budō. Soke’s Karate and the philosophy behind it, is one of the truest forms of Budō to be found in the world today.

Breaking away from the JKA (Japan Karate Association) in 1973, Soke Kanazawa establised Shotokan Karatedo International Federation (SKIF). SKIF is now the world’s largest Shotokan association, having over 2½ million members in over 100 countries.  SKKIF, of which Tokushinkai is a member, was established by Soke Kanazawa as his personal representative association in the UK. 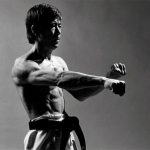 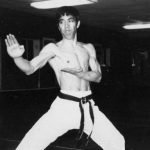 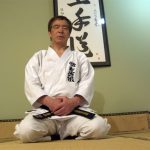 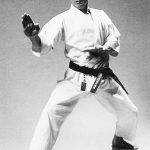 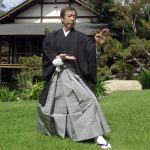